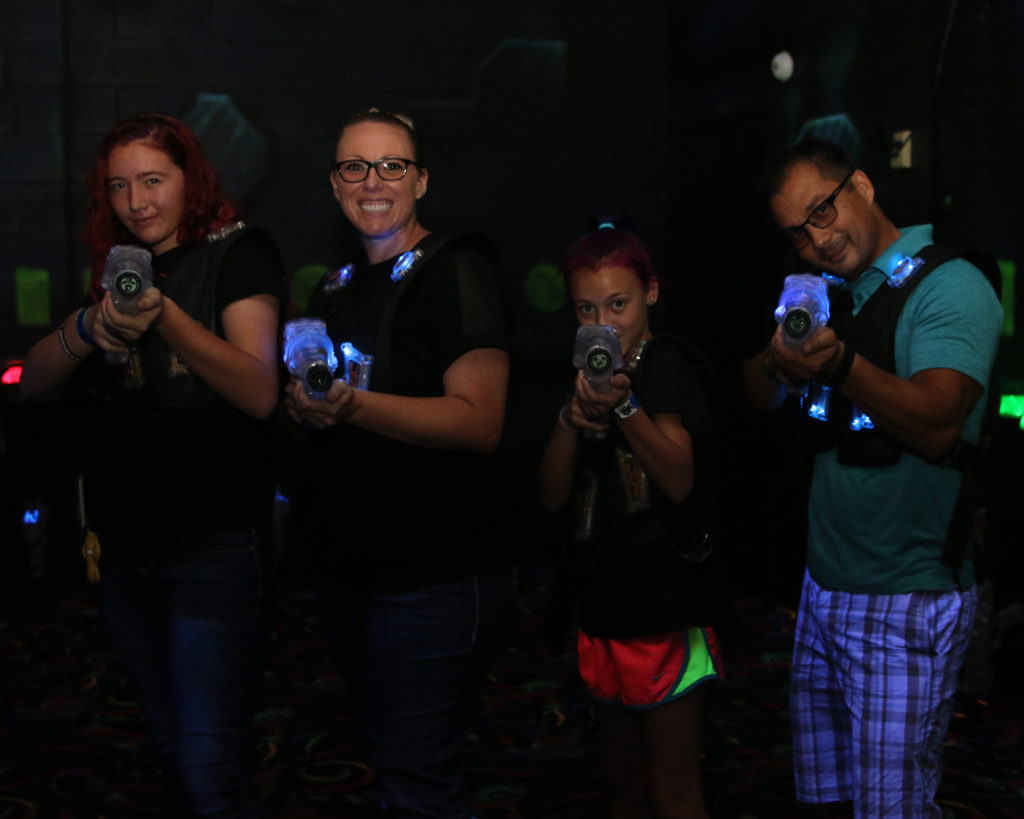 Technologically speaking, humans have come a long way from the days of the industrial revolution. Since then, many a great invention has passed through the United States patent office, each one building on new technology and improving a variety of industries that have made modern living more convenient and fun. From Pacman on Atari, to Playstation, to high definition virtual reality computer games, the industries of fun and entertainment have seen their fair share of innovation over the years as well. No invention, however, has had a powerful effect on mankind as the one and only laser tag. The game that changed traditional touch-and-go- tag-of-your-grandmother’s-generation forever.

From the Big Screen to Your Family Fun Center

That’s right, the game we all know as Laser Tag was originally patented as Photon. It wasn’t just wild hair that was happening in the ’80s. Another monumental invention was the creation of a one very fun and creative game of tag. It’s humble beginnings started in Texas, the brainchild of local inventor George Carter, who also invented other revolutionary ideas like the motorized surfboard, the first modern bumper boat, and an off-road vehicle. As far as the Laser Tag, everything can be traced back to one very iconic and classic movie called Star Wars. If you’ve seen it, you know those laser guns are the real deal. And they made quite an impression on young Carter in the 1970s and served as the inspiration for the idea of the game now enjoyed at hundreds of birthday parties and family centers every year.

The game saw an explosion of popularity when toy companies began making the toys for a younger demographic. Apparently, young boys and girls also quite enjoy the idea of chasing each other with lasers. We know that all too well! The boom of the laser toys was part of what took the game over the edge and made it one of today’s most popular attractions for birthday parties and special celebrations.

The original game was designed to be a rather immersive and engaging experience. Carter’s idea was to build a symmetrical and rather large playing field with lots of interactive lights, music, and more. A big part of the game depends on the arena and the number of space people have to explore. Here at Bob-o’s, we have the only two-story laser tag arena in the city. This gives players a lot of room to move around and engage in an intense game.

Why Is Laser Tag Awesome to Play?

It’s for the whole family! A game of laser tag is a fun way to let off some energy. Well other than the built-in competition and fun, there is nothing like shooting lasers at people and trying to tag out your best friend.

Stop by the Laser Odyssey in Bobo’s Family Fun Center

Bobo’s Family Fun Center has the only laser tag arena in El Paso. It is full of interactive fun. Want to take a break from laser tag? Come by our arcade center and play your favorite arcade games or race for gold on our Go-Kart track, or simply enjoy pizza or nachos. We’re here for the whole family. Plan your next fun adventure here with us.

Nothing should stand in your way when it comes to having fun.

Subject to change without notice*

A 2% customer service charge will be applied to all credit and debit card transactions.